The other day, as I made dinner, our boat rang out with giggles and a familiar French/English conversation. A few hours later Maia cried herself to sleep after yet another goodbye—her sweet friends Cami and Rose (and their fab parents JF and Melanie) are on their way back to Quebec. The family that we first met in Nuku Hiva has sold Dorénavant and after four years they’re headed home. 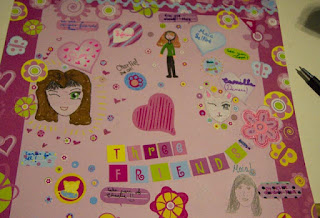 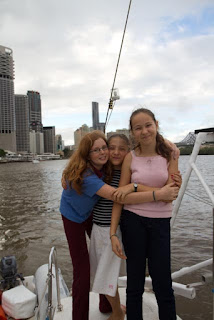 I feel like I write endlessly about how the currents of this lifestyle carry people in and out of our lives. Part of coming to Australia was to take a break from the goodbyes—but of course just because we might stay in one place doesn’t mean the people around us will.

If anything staying here has made the goodbyes even more poignant: we don’t have the lure of the new and next to take the sting out of the final hugs. Instead we are rediscovering what it means to be in one place while life swirls past. We’re becoming reacquainted with seasonal rhythms (as much as Australia has seasonal rhythms, or seasons…). Though I’m not sure we call them summer or winter yet.
Instead as the rainy season has eased to the dry season, it’s time to clean out lockers, wash away mildew and replace our sun/rain awning. 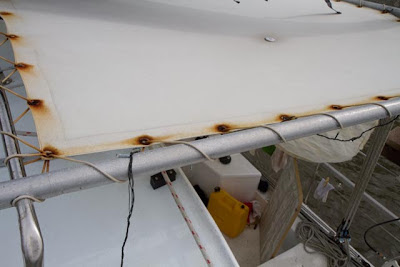 Yes that is moss, or maybe it’s some sort of weird mildew. And yes, the stainless grommets we paid extra for have dissolved into rust. And oh, yes the last big squall kind of did it in. And it leaks. So using some fabric we bought (I think) in Mexico (for something??) and some snazzy vinyl glue we’ve tried a new method to build the awning. We’ll let you know how it works out. The plus is it only took a couple of hours to make. 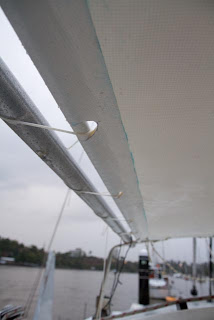 While other boats finish up their chores and head off for their next adventure, it’s time for us to install new halyards, paint the bottom and re-bed leaking stanchions. 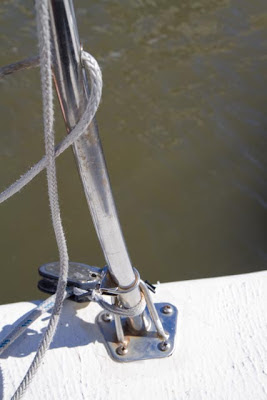 This one had a few bad things happen to it—note the bend… Initially snugging it up was enough to keep it from leaking, but the pile of mildewed books I found at its base confirms it was time for a more thorough repair. And as the winter days grow shorter, it’s also time to re-evaluate our solar panels and battery bank and make sure we have enough wattage to get through each day.

It’s also been time to say goodbye to the last of transient cruisers, and those who were selling their boats. And it’s been time to dig into the life we’ve been building here while also pondering the ‘what’s next’? We’re not actively cruising but we haven’t shrugged off that entire lifestyle either. Instead we live in a strange hybrid world where our boat is our insistent home but each day when we wake up in the same place, to the same routine, it still feels novel and new.