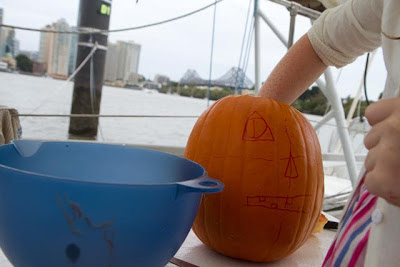 “That pumpkin is a special one for Halloween,” we were told after picking up the pumpkin from the pile labelled ‘Halloween Pumpkins’. “When you carve it you must be very careful. Pumpkins are hard and knives are sharp.” 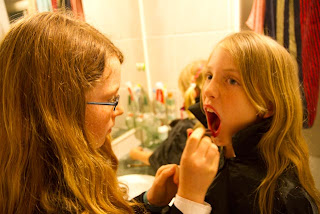 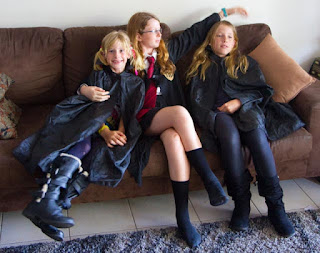 The thing about being somewhere that is sort of like home, but not really, is it’s the differences that jump out at you. And Halloween in Australia is, well, different… Part of it is what little tradition there was that came over with Scottish and Irish settlers died out over the years—so the execution of Halloween is kind of like they’re trying to play a game they don’t know the rules to and have only seen on TV.

It’s not that Halloween is complicated—it’s pretty much as egalitarian as a celebration gets, as one Canadian reporter aptly put it, “Halloween has become the ultimate civic holiday. It brings us out of our houses to mingle with neighbours. It shows how we cherish our children. It gathers people of all backgrounds together. Halloween has no religion, no ethnicity. It is the festival that fits our modern, multicultural society best.” 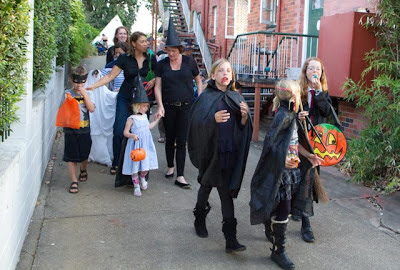 At home Halloween has morphed into a celebration that has roots in the harvest festival of Samhain and the Christian holy days of Hallowmas; and the costumes, decorations and traditions range from fanciful to frightening. Sure the candy is fun—but trick-or-treating is really about letting your imagination go wild as you plan and dress up in your costume, then enjoy all the reactions of friends and neighbours.

The first clue that things were different here was when Maia asked kids in her class what they were going to be for Halloween and none of them really understood the question. The dress code here is witch or ghoul. No one was spending weeks planning a costume and no one’s grandpa was going to end up having to assemble a complicated tractor costume from scratch.

The common complaints about Halloween in Australia are it teaches kids to beg and it’s just a bunch of consumerist hype. And I can see how it can look that way. But as a bang for your buck memory-maker I think Halloween might be as affordable as it gets. And I think the community building that comes with meeting all your neighbours kind of balances out the candy consumption… 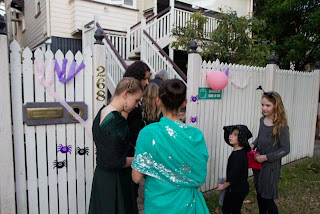 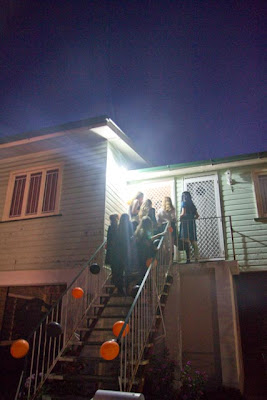 Despite the differences; the streets were comparatively empty and the limited houses that participated only sported a discreet balloon or at most they had a pumpkin on the stoop giving it an air of a scavenger hunt rather than the trick-or-treating we’re used to--the kids still had a blast. There’s something quite magical about making your way past familiar but darkened landmarks and getting to knock on a neighbour’s door for no reason at all other than to say, “trick-or-treat!” 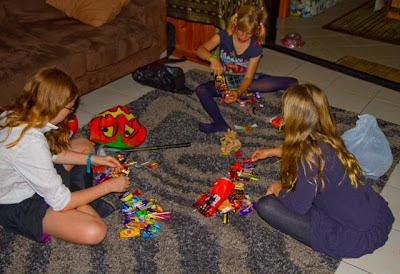