An Upside Down Christmas 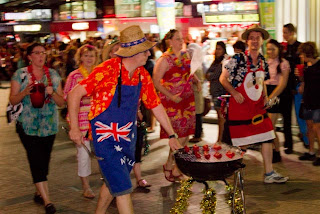 I blame it on the fact we lost a day out of the year somewhere back around Tonga. Christmas always seems to sneak up on me—but somehow between settling in (we now have a spot in the pile moorings to call home), sorting it out (I have no idea what that weird sounding English meant--but just pay the man…), saying goodbye (sniff), saying hello (Behan!!), getting up too early, and staying up too late this Christmas arrived and passed with a whoosh.


Blog posts were composed and never written, vistas were enjoyed but not photographed—in short life was simply lived over here on Ceilydh. 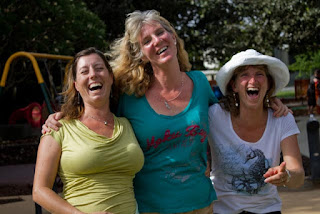 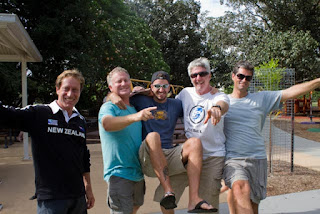 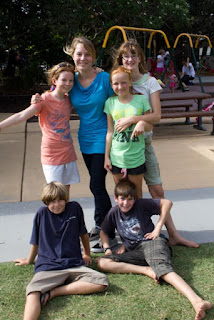 We’ve been doing our best to enjoy Aussie Christmas traditions. For Christmas Eve we decided to check out the public BBQ’s that are found in many of the city’s parks. These large electric BBQ’s are free to use and make big gatherings a breeze—as we discovered when 14 of us got together for a final, final goodbye with the WGD clan. 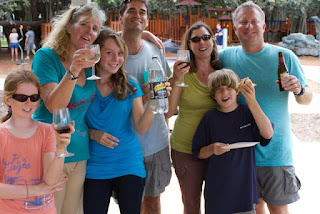 With the promise of rain we found a barbie beside a shelter next to a big adventure playground and spent the afternoon trying hard not to imagine what comes next (living in the moment becomes a true effort when the next moment includes such a change…). Then we headed home for a quiet Night Before Christmas only to discover that our normal tradition of following Norad Tracks Santa—doesn’t work as well when you’re at the beginning of his route. 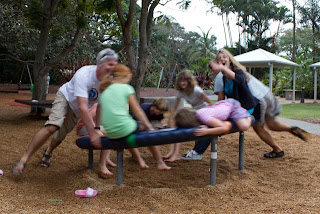 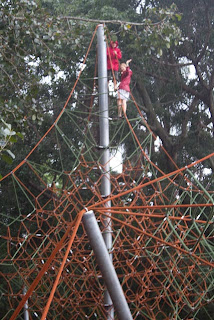 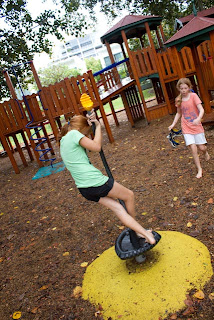 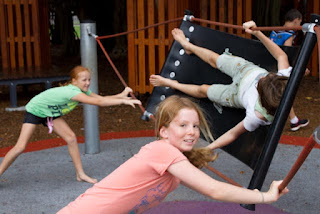 Then it was Christmas--and time for stockings and presents followed quickly by an Aussie lunch of turkey and trimmings, and laughter and warmth.

Our plan had been to head out of Brisbane after Christmas and sail down the Gold Coast with Connect 4—their final outing before turning over the boat to its new owner and flying home to Adelaide, and my chance to see the ocean (it’s shocking how much I miss it). But 5 metre swell and a brewing storm have kept us up the river and on our moorings.

Instead we have planned local outings—a Boxing Day picnic with Bocce Ball in the park, a movie followed by my first take-out pizza in 2.5 years (gotta love a delivery guy who’ll deliver to an intersection), there are hikes planned and adventures to have and then it will be a New Year. 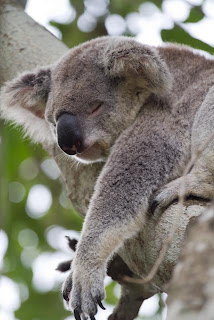 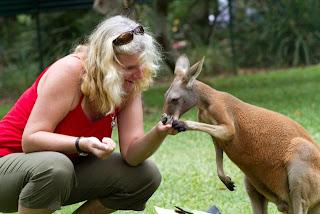 Our Aussie Year. What a wonder that should be.

"gotta love a delivery guy who’ll deliver to an intersection"

LOL That delivery guy is a testament to just how laid back Aussies are ;)

Glad you are enjoying our traditions! They take a little getting used to when even in the southernmost US you are used to a chilly Christmas!

Thanks Caz--we've had a few warm Christmases--but they were still n the winter part of the world:) We are loving Brizzie though--it's a great city.