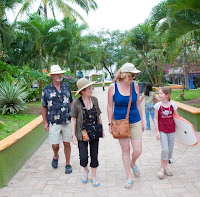 The thing I recall the most when I first found out I was pregnant with Maia (aside from the endless morning sickness) was how often I was told to make sure I took the time to enjoy her, that kids grow so quickly.
What I wasn’t told was that kids grow in abrupt spurts. That you’ll be going along for months on end, with more or less the same little person hanging out at your side doing more or less the same weird stuff, when one afternoon you’ll look down and there will be someone a bit different standing there (in shoes that are suddenly, quite obviously, too small). 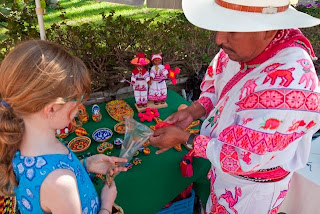 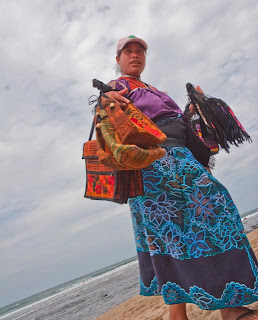 I’m not sure if it’s because my parents are here, and I’m paying more attention, but I’ve recently noticed we’re no longer travelling with the same little kid we set off with. Sure she’s got some of the same qualities and quirks (and she still hates doing the kitty litter), but her personality is becoming much more defined and her skills are becoming much more apparent. 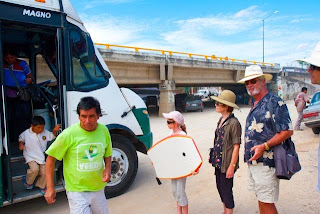 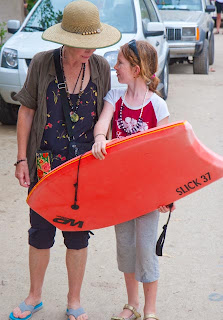 I think because I’ve been living a trip fraught with stress and struggle that I assumed Maia’s been living the same one. But at some point in the last few months she stopped asking to go home, started referring to herself as a cruising kid and started having a really good time. 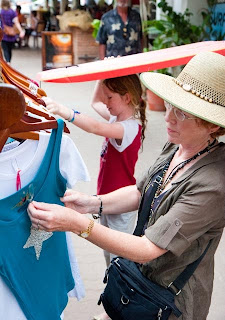 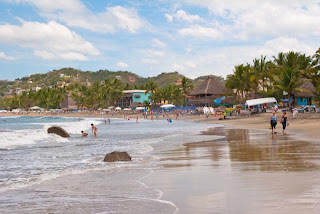 Maybe it took having her grandparents come visit for Maia to realize just how much she’s learned and for her get excited by it (I’d prefer to think this, rather than the alternative, which is I’m just not that observant…). But as we watch her bargain in Spanish on behalf of her grandmother (Maia seems to have inherited the shopping gene), or strike up a conversation with a new kid she meets, or run headlong into the ocean in search of the perfect wave—I realize something, she’s not following along behind Evan and I into the life we chose for her anymore. 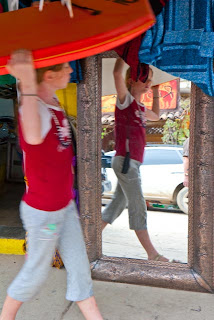 Way to go Maya!
It is so true - one day you look at them and realize that they have grown so much. "How did they do that so quickly?" one may ask. Who knows? They just do!
So great that Maya is into the cruising life now!

Wow you are a great writer. You captured perfectly what it is to be a parent. Brought tears to my eyes.
thanks